Posted at 20:20h in Journal by Chris King 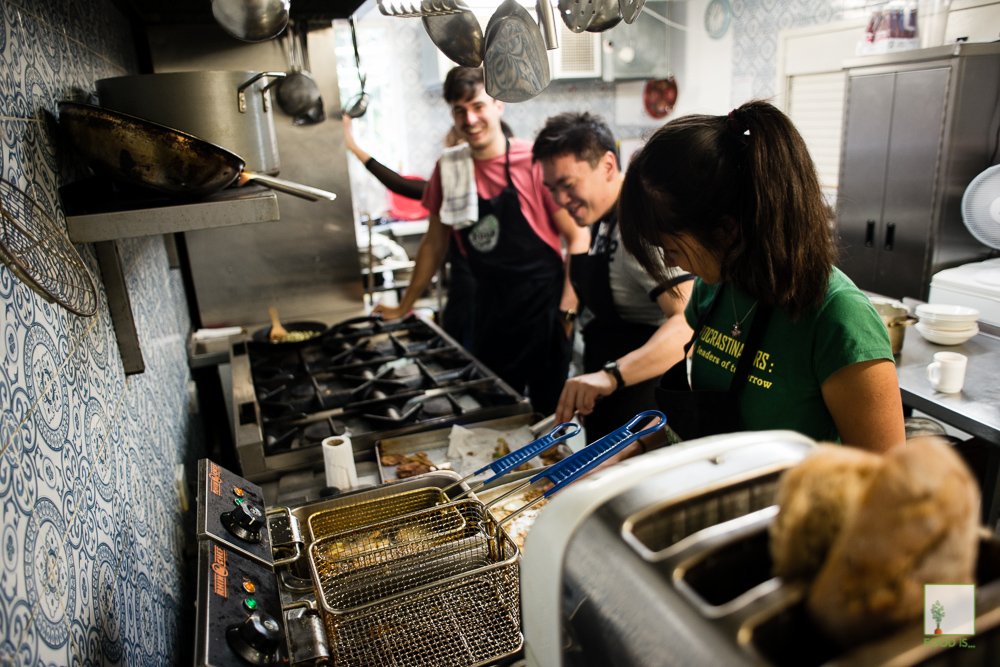 This was my first visit to a FoodCycle hub, and I didn’t really know what to expect. I had arranged to meet the Hub Leader at a Planet Organic in the Angel area of London, where they would be picking up ‘surplus’ food – how the industry likes to term food that is destined to be thrown away – so essentially food waste by another name.

FoodCycle has relationships with a number of supermarkets – both at a hub-level and an organisational-level, including Planet Organic, Waitrose and Sainsbury’s.

Unfortunately on this occasion there was very little food given – just one basket full, and its contents wasn’t very diverse. The volunteers cycled to a nearby community centre, in the Kings Cross area, where a kitchen is made available to prepare the food for the recipients – local people who are suffering from food poverty. 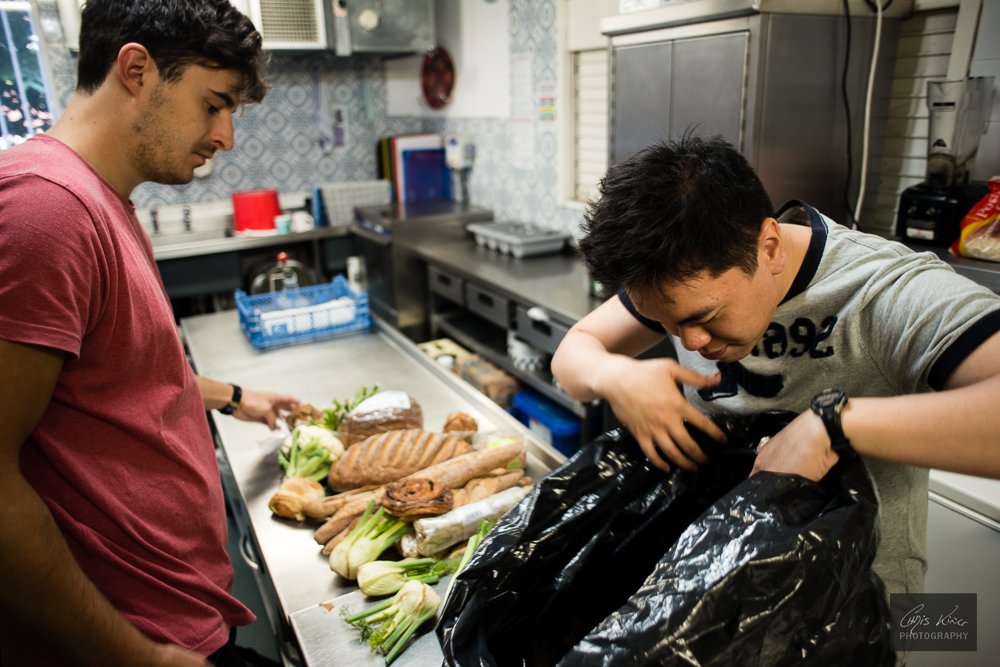 The poor quantity and diversity of the food did not phase any of the volunteers. They supplemented what they had gathered with bits and pieces they had brought themselves, and with items left over from past cooking sessions.

And so the discussion began – what could they cook for the guests? 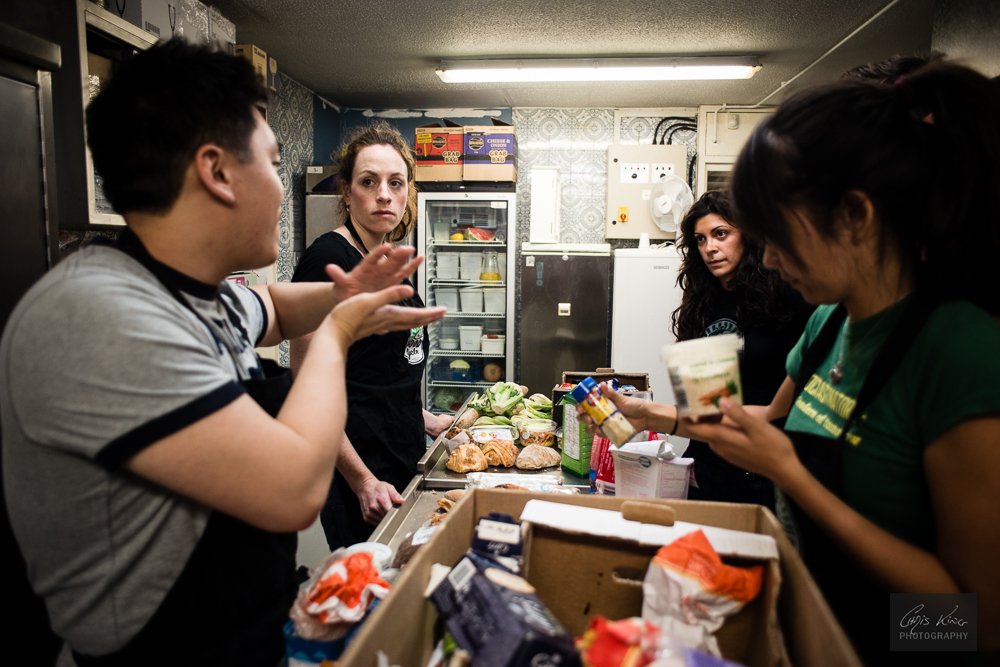 They had only a couple of hours in which to prepare a nutritious 3 course vegetarian meal – meat and fish are not gathered or offered in the meals created due to all the complications that comes with handling, transporting and serving both. Having agreed upon what to cook they then bought a few eggs, and set to work.

The group of volunteers was made up of people who were mostly strangers to one another, so it was really impressive to see everybody just get on with what needed to be done, and supporting each other as required – no fuss, no resistance – they worked really well as a team, and got the job done. 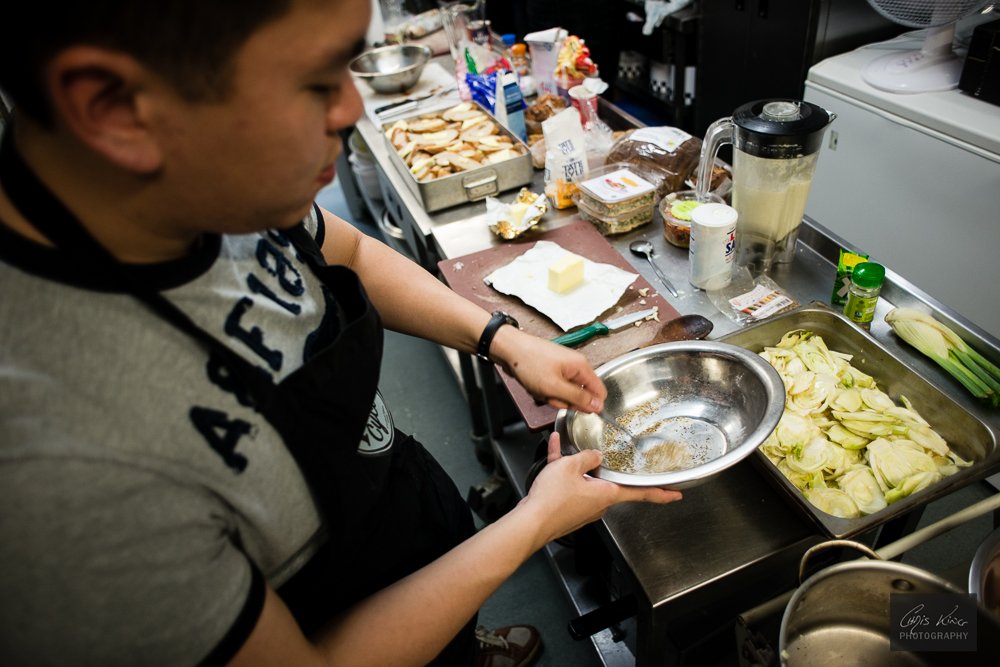 It was also really impressive to see what the volunteers were preparing – it was destined to be a gourmet meal indeed – despite the limitations imposed on them by the limited amount and variety of food, they came up with some very creative and tasty dishes.

There are several variables the hub leaders have to manage – beyond not knowing what food or how much food is going to be available, some of the volunteers may not turn up, and it’s not known what skills and knowledge they are going to bring if they do. There is also the fact that people are working in an unfamiliar environment with people they may not know. 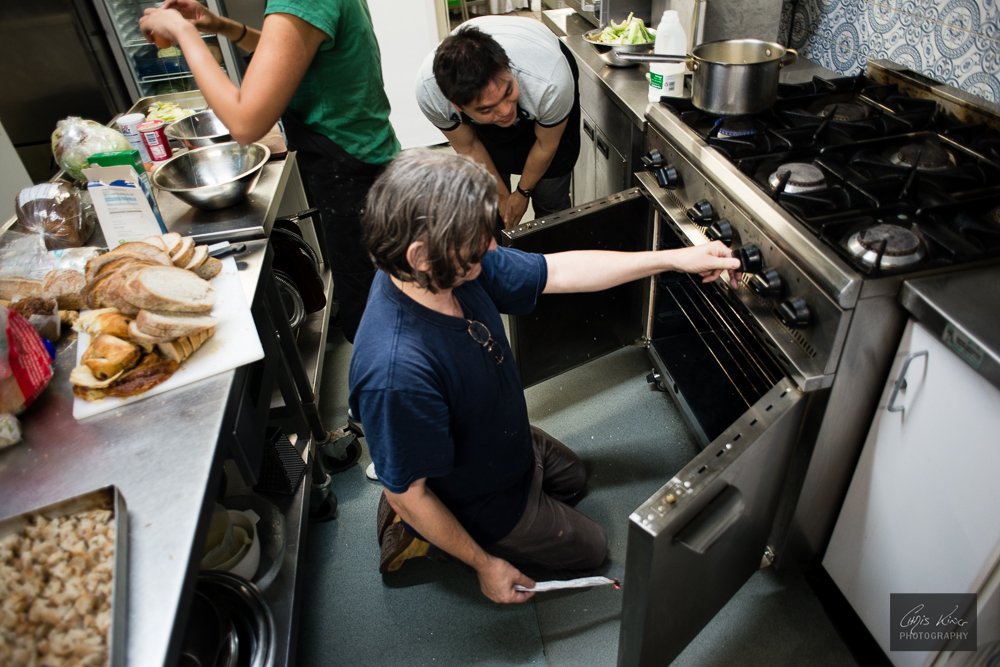 All this, combined with the fact that they have a strict deadline by which the 3 course meal must be completed, could be a recipe for lots of stress (excuse the pun!), and possible disaster – but again I was impressed by everyone’s ability to work as a team and get the job done efficiently and professionally.

The team of volunteers delivered a fantastic, nutritious 3 course meal for all the people who came to the community centre, and all from donated food and labour – it was a pleasure to witness.