Some forward-thinking individuals are turning food that might otherwise go to waste, into a source of revenue – here’s why…

In an ideal world none of our systems – especially those providing our basic, essential needs – would produce any waste. But the food system in its current form, be it at a national or global level, produces a criminal amount of waste – much of it avoidable. The reasons for this are diverse, and ultimately a by-product of a deeply flawed and inefficient system, that has for too long been allowed to function with little or no regard for the impact of both its production processes, and the waste it produces.

Things such as the cost related to the impact and management of soil degradation, antibiotic resistance, ocean acidification, and climate change, as well as treatment of diet-related health issues attributable to our intake of processed foods – such as obesity and Type-2 diabetes – and many more critical issues we are currently facing, are treated as ‘externalities’. They are therefore not deemed relevant to pricing, and as a result, what we pay for food and many other vital and non-vital resources is kept artificially low.

Disregarding the impact of our consumption, the means by which our food and other goods are produced, and the waste we collectively produce, is essentially hardwired into the current food system and prevailing food culture. The externalisation of critical costs is essential to sustaining it, and as long as these costs are not accounted for within the price we pay for our food at the point of purchase, the flaws in this system will be sustained. Consequently, we will continue to contribute directly to each and every social, environmental and health issue with a link to our food production and consumption.  As the Food Ethics Council points out in their campaign for ‘True Cost Accounting’, we pay twice for the food we buy – once at the checkout, and then again to address the environmental, health and social impacts of our current food production and consumption practices. In monetary terms this essentially doubles the cost of the food we consume in the UK.

And it’s not just us, as tax-payers and as human beings, who pay the price for our wasteful and destructive systems – all other life on Earth does too. As Elizabeth Kolbert discusses in her book, The 6th Extinction, we are living in the midst of mass biodiversity loss. Our agricultural practices, and the general means by which we are producing the food we eat, being one of the main contributors to this on-going, catastrophic loss of life.

So that’s a snapshot of where we are, and it’s not a pretty picture, but the good news is that, as with many systems producing waste – be it an airport, a music festival, a family household, or a farm – a significant percentage of the waste produced can be captured, either before or after being discarded. Depending on its state and the tools and resources available, once captured it can then go on to be redistributed, repurposed or recycled. An apple left hanging on a farmer’s tree after the harvest, for example, having been rejected by a supermarket because of the cosmetic standards they impose on their suppliers, might be saved and turned into an energy bar to be sold on, or used to make apple crumble and given to someone suffering from food insecurity.

Capturing this ‘waste’ and keeping it in the system – hopefully creating a closed loop, rather than following the conventional linear progression of take-make-dispose – is what underpins the concept of the circular economy – a concept which is finally coming to the fore.

Ultimately, we need to take measures to refine the food system – making it more efficient, thereby producing less waste. This would have the greatest positive impact in terms of minimising resource use, and what are currently externalised costs – the aforementioned environmental, health and social impacts. However, this takes time and willingness, and when there is a lack or complete absence of either, the circular economic approach, which captures and utilises the system’s waste to create new, valued products, is a viable and easily accessible solution.

Many of you may have heard of FareShare, FoodCycle or the Gleaning Network – well-established organisations that capture and redistribute food that might otherwise have gone to waste. But In recent years there has also been a rise in the number of start-ups led by forward-thinking entrepreneurs, who are tapping into this valuable resource and turning what some have labelled as waste into a nutritious meal or food product.

Here is a brief introduction to 4 of the enterprises based in London, capturing food that might otherwise have ended up in the bin: 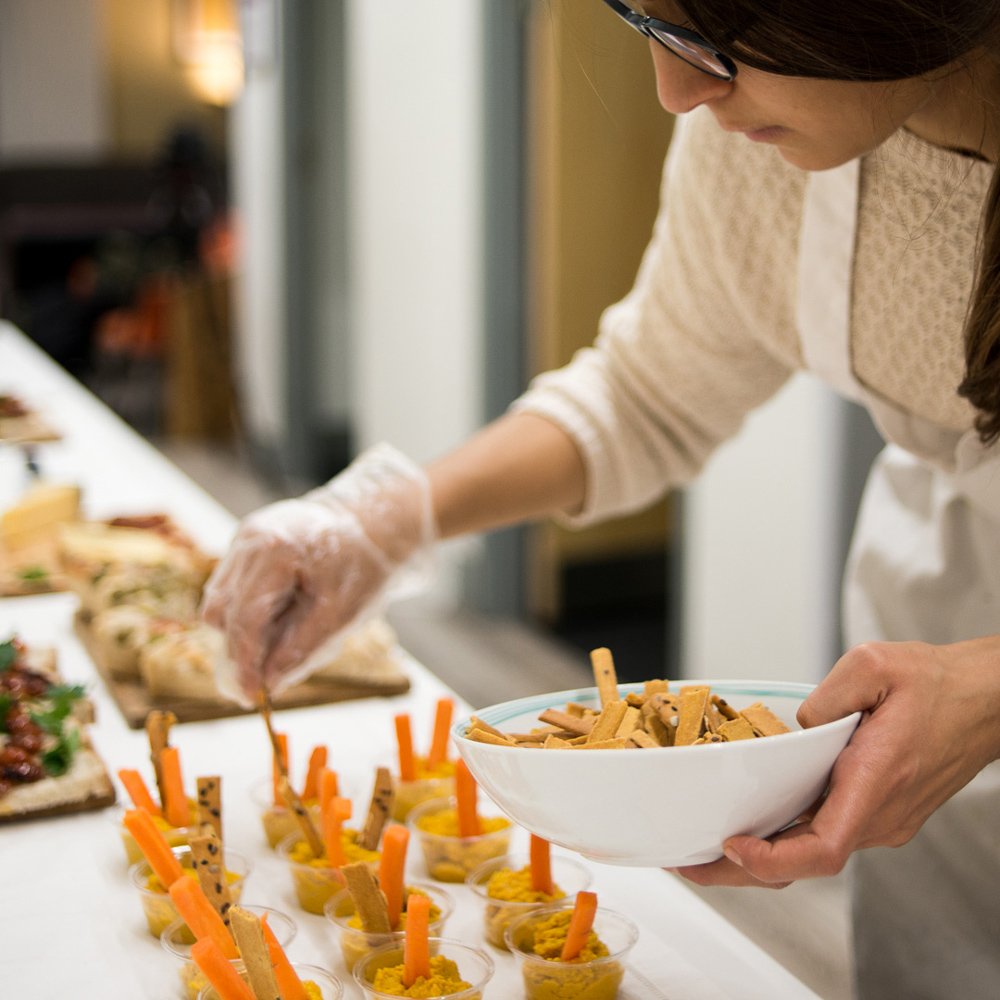 Elysia is a food start-up using artisanal surplus food from local producers to cater for events in London. Founded by Sophie (pictured), they obtain produce such as “vegetables that do not fit the conventional standards of beauty, or organic granola discarded due to overproduction, and many more locally-produced surplus food products”. They then transform what they have gathered into tasty bites for breakfasts and canapés, and deliver everything by bicycle across London. 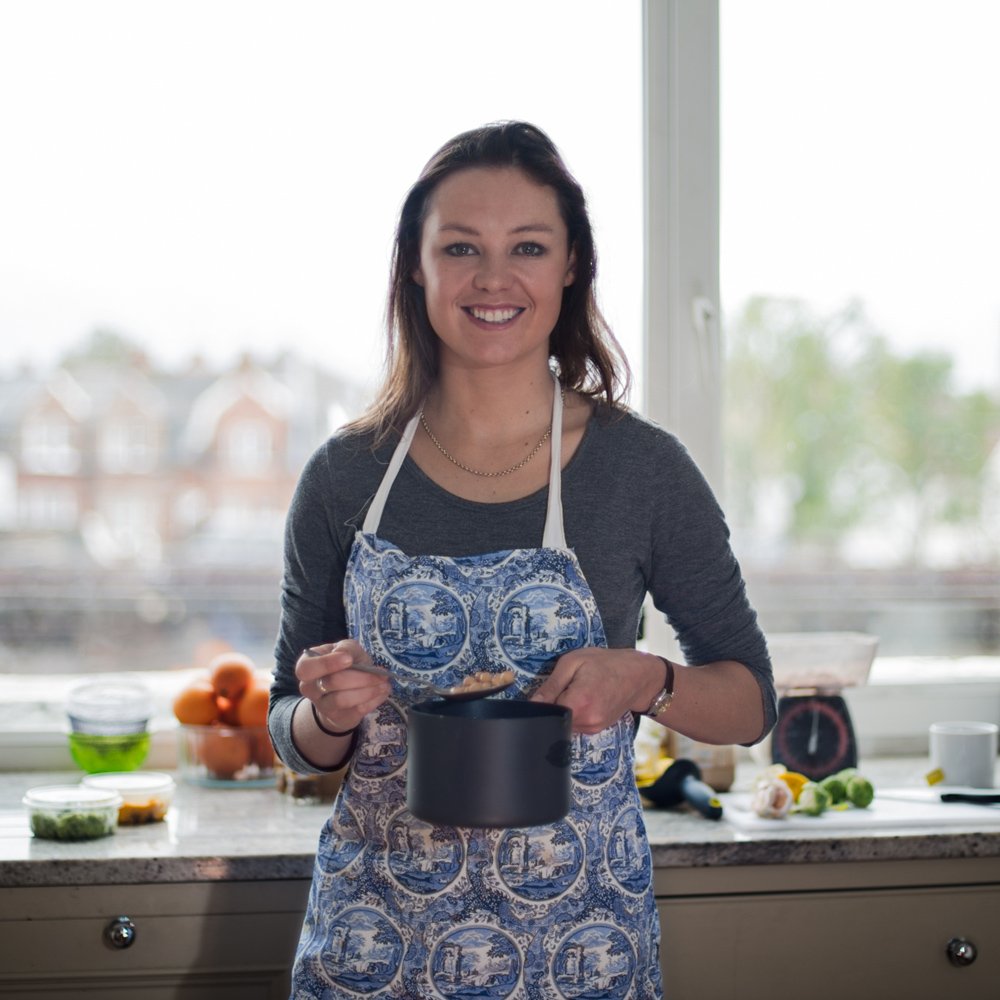 Working as a private chef, Hannah (pictured), the founder of ChicP, would often take some of the leftovers to create dips for the next day. The inspiration behind the company was “the overriding determination and passion to change the way we approach cooking and food waste.” Gathering food that would otherwise have gone to waste from local markets, they create “delicious alternative dips, founded on a passionate commitment to reducing food waste.” 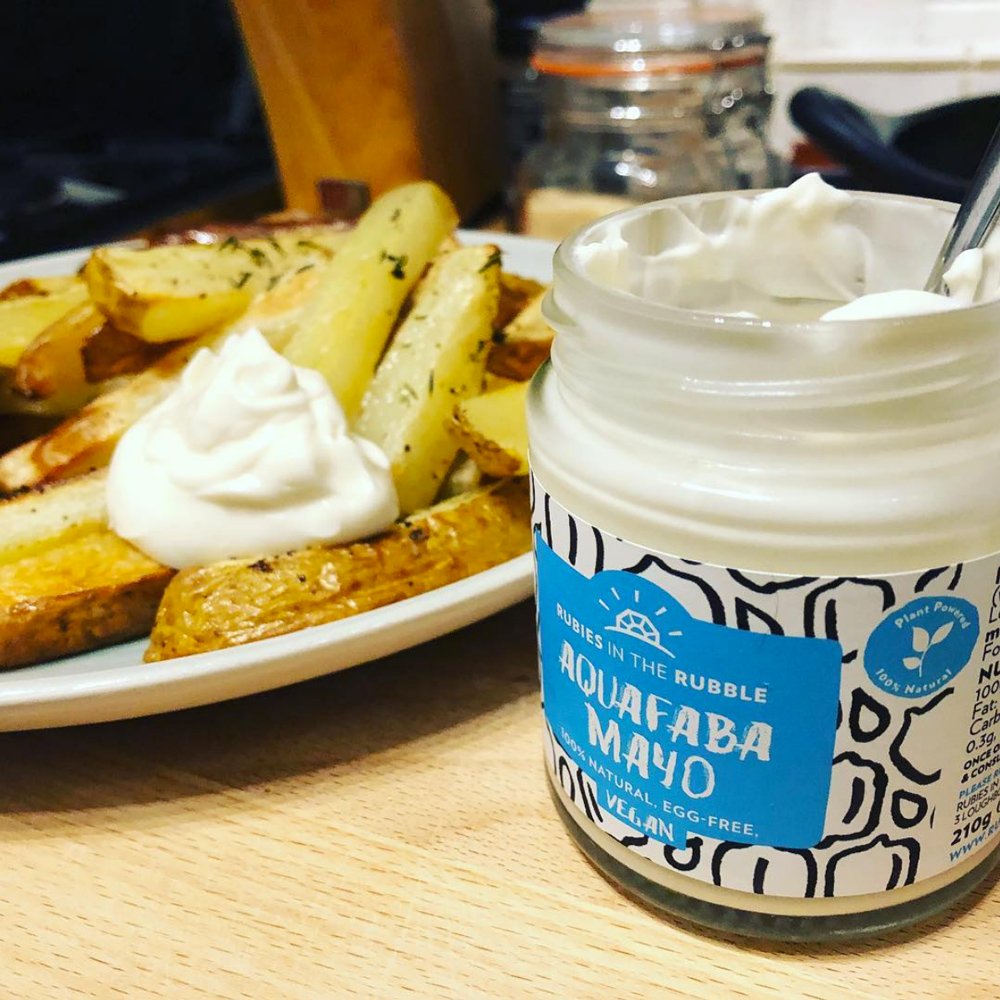 Rubies in the Rubble

One of the pioneers of food waste entrepreneurialism, Rubies in the Rubble, producing relishes, chutneys, sauces and other delights, has been around since 2011. Motivated by the quantities of food seen going to waste in London markets they took action – “armed with some family recipes and a car-boot full of rescued fruit & veg from the New Covent Garden market, the experimentation in the kitchen began.” 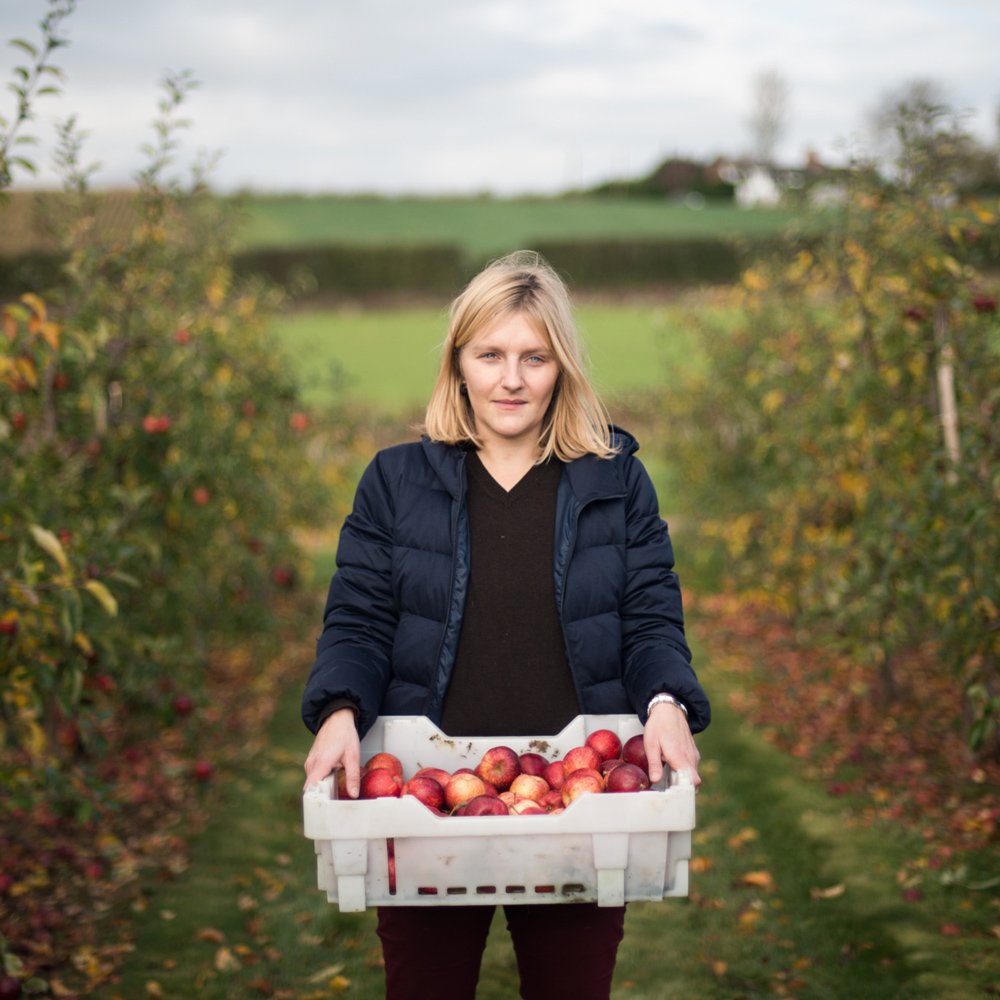 Snact started out by making fruit jerky by hand, from fruit that might otherwise have gone to waste, gathered from wholesale markets in London. Founders Ilana (pictured) and Michael set up and tended a stall at markets across the city. They got their first packs into shops in 2015 – “after a lot of trial and error, playing with a lot of fruit, and a successful crowdfunding campaign.” Now they’ve diversified, gained more funding, and “make wholesome food waste-fighting snacks to create more taste and less waste.”

There are many more great organisations out there, and most were likely started by one or two individuals with a passion for food, and a desire to contribute to reducing the amount of edible food needlessly going to waste. With there being so much food to capture, organisations that redistribute food on a charitable basis don’t really have to compete for access with those that repurpose it for a profit. Rest assured there is room for many more of both types of organisations before this particular resource is exploited fully!

So why not take inspiration from the people behind these organisations, and get out there and capture what food you can – start small, start local – and help it fulfill the purpose for which it was introduced into our food system in the first place. By doing so you will not just be reducing food waste, but also impacting positively on so many of the critical issues of our time.