In this episode of the Food Is Wasted podcast, I’ll be speaking to Christina O’Sullivan from Feedback – a London-based organisation running several campaigns related to food waste – such as the Gleaning Network and the Pig Idea – both of which feature on the Food Is Wasted website.

Feedback recently published a report called ‘The Food Waste Scorecard’, authored by Christina, which ranked the 10 biggest supermarkets in the UK according to their performance in reducing food waste.

The supermarkets were ranked using available data against the food use hierarchy, which requires that prevention be the priority towards tackling waste. 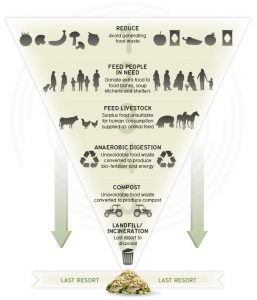 At the bottom of the rankings was Waitrose, which has done very little in terms of transparency and action. Hopefully the publication of this report, and the publicity it’s getting, will motivate them to act more responsibly.

There’s a huge room for improvement from all supermarkets, and really there needs to be policy written by government to push for more meaningful and sustained action by all supermarkets – voluntary targets, such as those set out in the Courtauld Commitment 2025, are evidently not sufficient.

This interview is available as a video, which you can watch on the Food Is Wasted YouTube Channel.

You can find out more about the Feedback by visiting feedbackglobal.org

Image: Over 2 tonnes of parsnips – part of a 20+ tonne crop – that was rejected by the supermarkets, and would otherwise have gone to waste, but for the Gleaning Network gathering it for redistribution © Chris King / foodiswasted.com