23 Jul The Pig Idea: Behind the Scenes

Posted at 11:50h in Journal by Chris King

The first time I came across The Pig Idea was when they were serving up the pork they had produced, and were attempting to feed 5,000 people in Trafalgar Square in the heart of London.

It’s a great initiative that deserves a lot more attention and support in its attempts to lift an EU ban on feeding catering waste and swill to pigs.

As it sets out on its website, The Pig Idea has three major objectives:

It was great to learn about the process they have in place to feed the pigs being reared as part of the campaign, carried out using the by-products of food production by independent producers within London, that would otherwise and needlessly go to landfill.

The journey began at Kappacasein – a cheese producer based near Bermondsey. These are the people who produce the raclette cheese sold at Borough Market (a stall that has a queue snaking its way around the market it is so popular!). 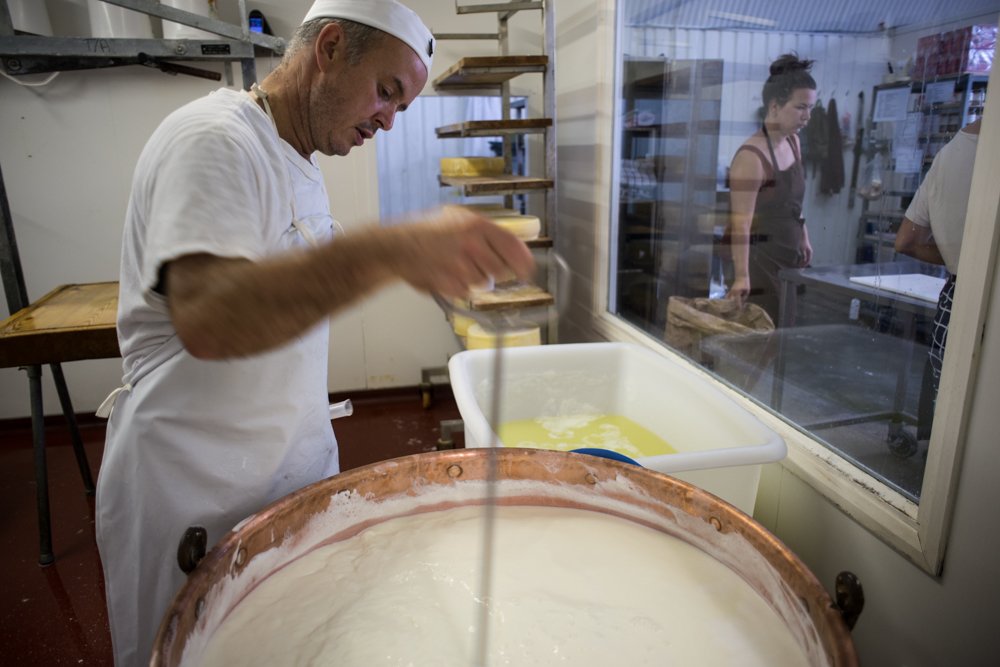 The by-product of cheese production is liquid whey, which is syphoned off into a container in the back of a van.

From Kappacasein we went on to Clean Bean – producers of organic tofu in the heart of London, just off Brick Lane.

Clean Bean has been producing tofu since the late 90s, and the by-product of their production is something called okara – a pulp consisting of insoluble parts of the soybean that remains after pureed soybeans are filtered. 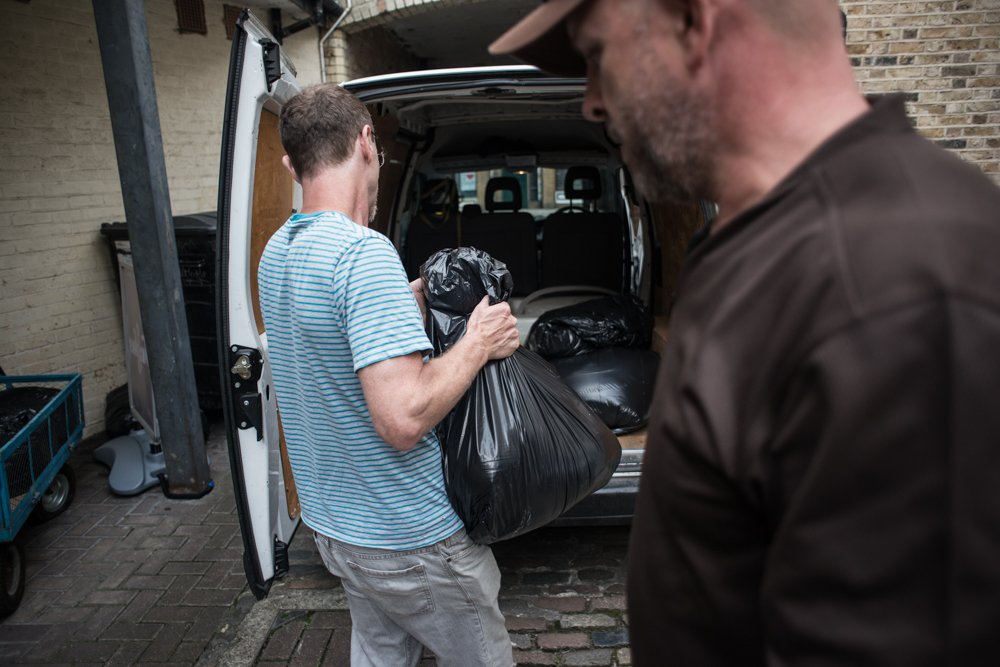 From Clean Bean we went on to Stepney City Farm – where the pigs were being reared.

Katharine, the Volunteer Manager, was there to meet us, and helped transfer all the whey and okara into storage, with a small amount put into buckets to be feed to the pigs for their breakfast.

From Clean Bean we went on to Stepney City Farm – where the pigs were being reared.

Katharine, the Volunteer Manager, was there to meet us, and helped transfer all the whey and okara into storage, with a small amount put into buckets to be feed to the pigs for their breakfast.

Katharine had managed to get hold of some bananas that were being thrown out by a local market to add to the mix. 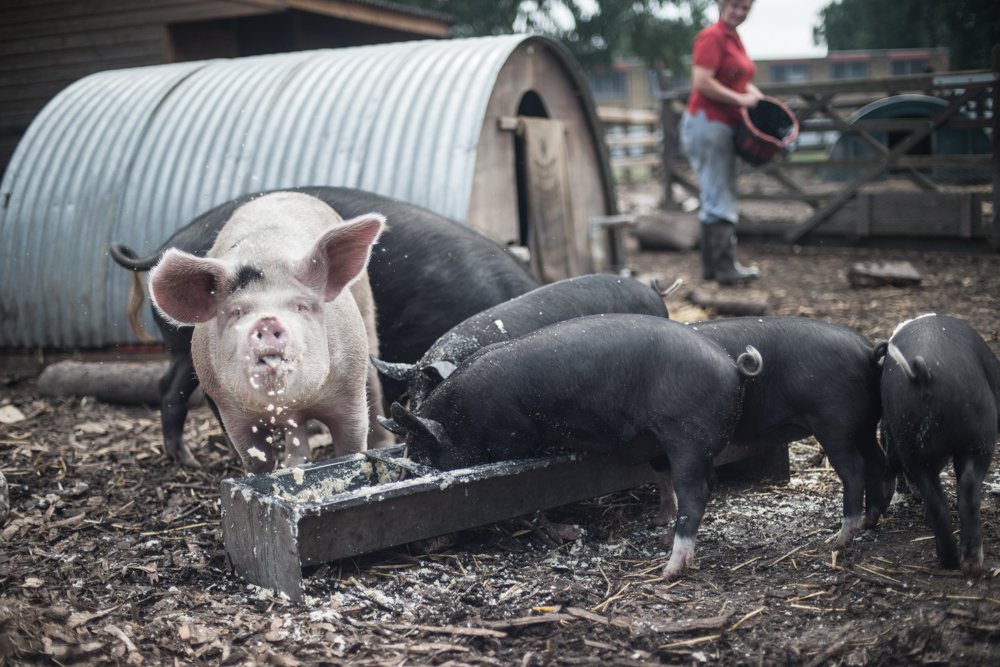 There’s the saying ‘Happy as a pig in mud’, well I think this should be updated to ‘happy as a pig eating The Pig Idea’s ultimate pig fuel’!

There was so much of the whey and okara that there was enough left over to feed the chickens as well! 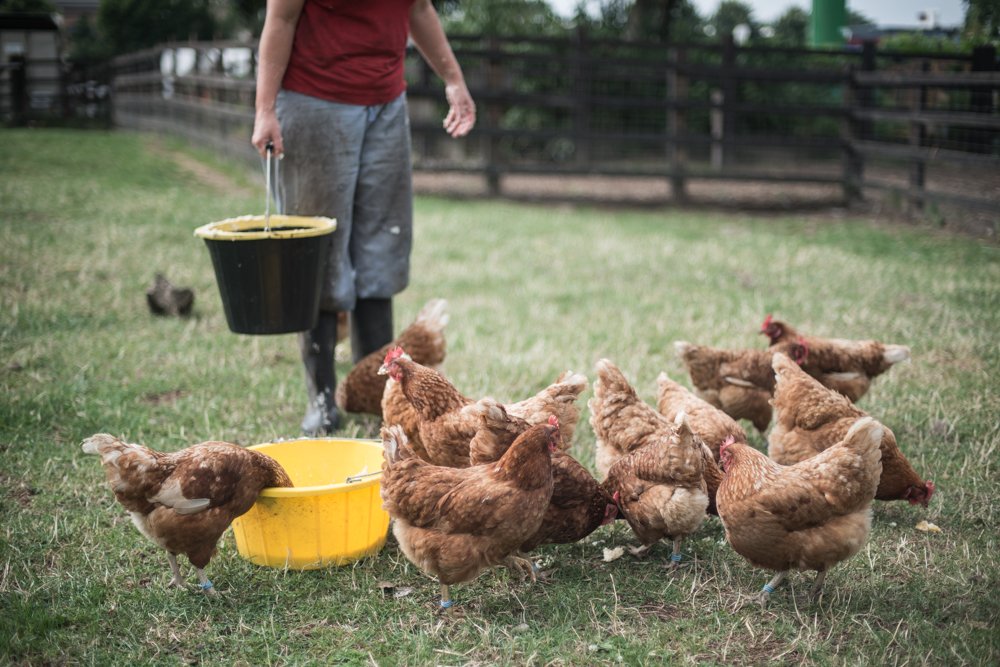 “For thousands of years pigs have been man’s perfect partner in consuming the waste that humans produce and converting it straight into calories i.e. pork. Today supermarkets talk about composting food waste or turning it into electricity but by far the most efficient thing to do with food waste is to feed it directly to pigs.”

The consequences of banning the feeding of catering waste to pigs are many and varied – visit The Pig Idea website to find out more, and be sure to sign up to support their campaign.