Posted at 22:11h in Journal by Chris King

Not being satisfied with the range of images I managed to capture during my first visit to Waitrose Islington, the management team kindly allowed me to come along a second time – to once again capture the handing over of ‘surplus’ food from Waitrose to the FoodCycle LSE volunteers.

Inevitably the same scenario was played out – busy supermarket, no space to move in any direction, and so a limited diversity of images were captured. At the very least they added to diversity of images I had, and I just had to be satisfied with that.

Ironically the two occasions when I had the opportunity to photograph the donation of ‘surplus’ food, were occasions when very little food was given – far less than the first time I had been. The items included in the donation were also of less use to the volunteers in their need to cook a 3-course meal for up to 50 people – loaves of sliced bread, cranberry juice, fromage frais and the likes. 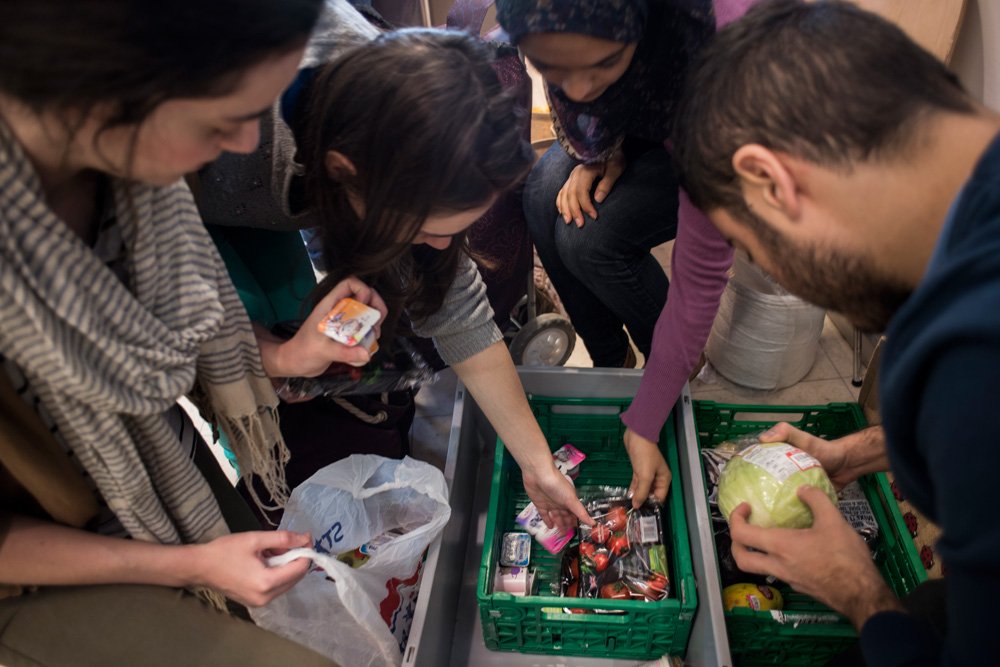