Posted at 22:13h in Journal by Chris King 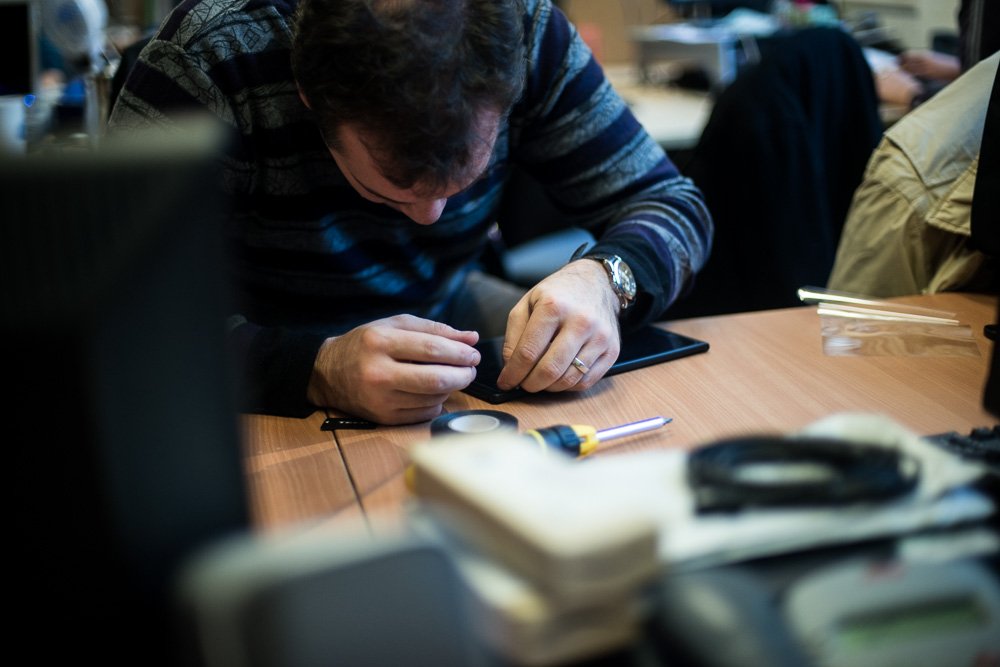 This was an impromptu shoot of Marc, Kevin and the Winnow Solutions team – a company which has created a piece of technology that helps restaurants reduce food waste, and save a significant amount of money in the process. 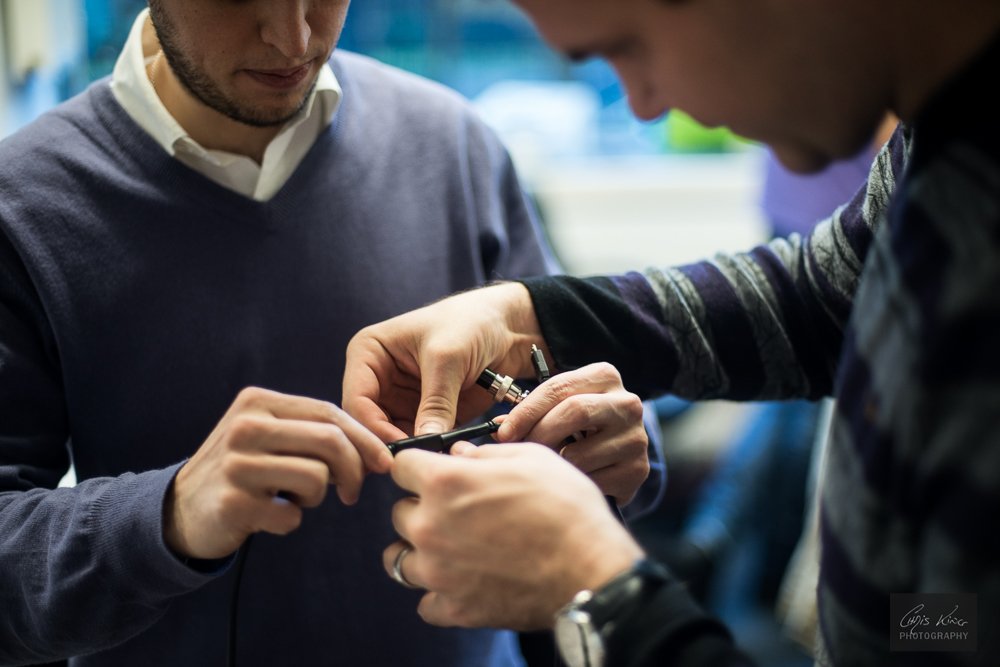 The company is currently sharing a space with a large environmental NGO in Central London, where they develop and construct the units for use in the restaurants participating in their pilot scheme. 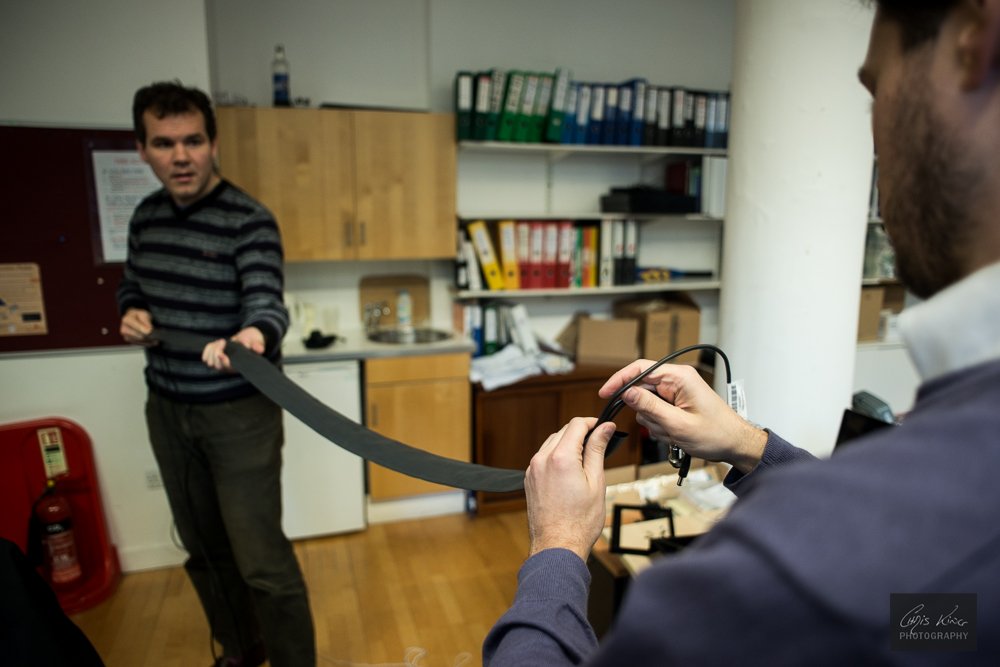 Each unit is built by the guys themselves.

One unit had been completed and was ready to be installed at a restaurant in the Southwark area, and I captured the final stages of construction of another unit destined for a restaurant near Hoxton Square. 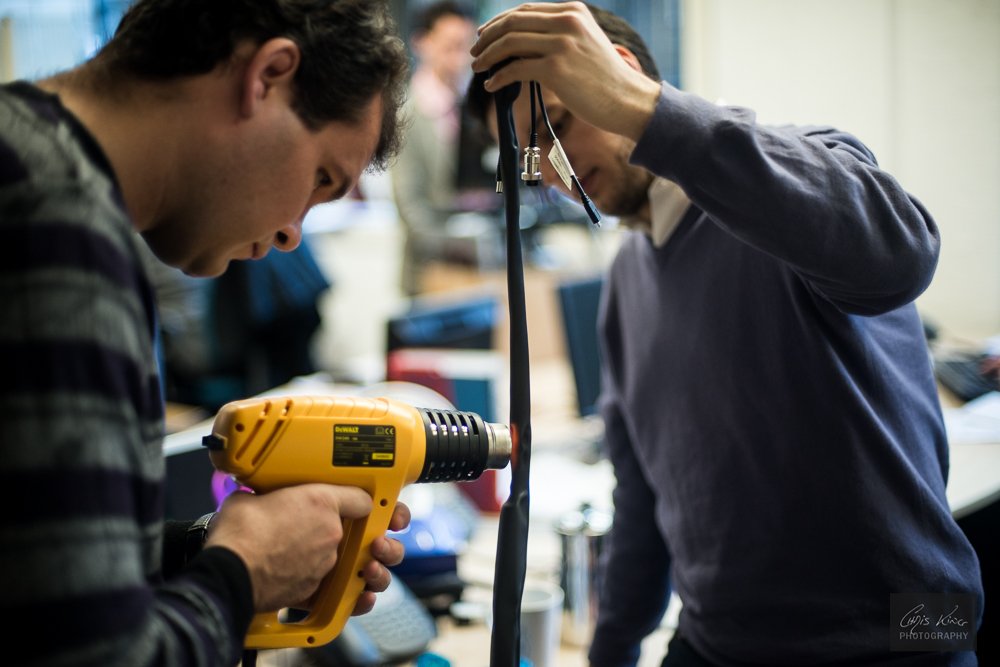 It was really impressive to see a piece of technology that has the potential to revolutionise how restaurants function in the UK being developed and built in such a manner. 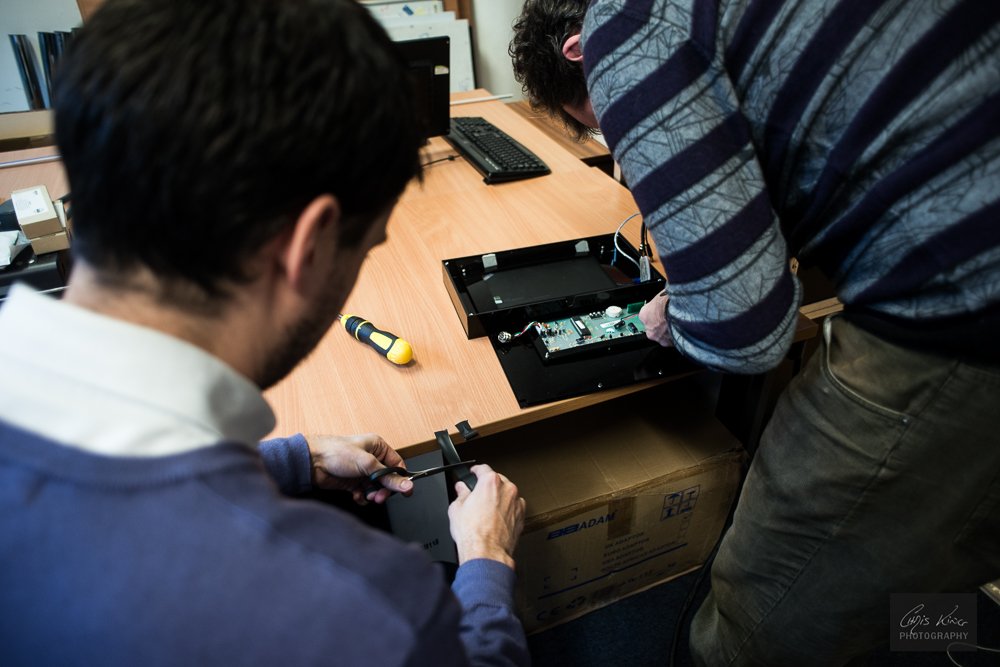 Each unit has scales to weigh the amount of food being disposed of, and a touchscreen element allowing staff to record what exactly has been wasted. The front of house staff and the kitchen staff all use the technology to record the food they have disposed of, and over time the information gathered can be analysed by the restaurant owner – allowing them to then make informed decisions about portion sizes, menu items, etc.

It’s a great bit of technology that has a lot of potential to help restaurants reduce the amount of edible food they waste, while at the same time saving them thousands of pounds a month. 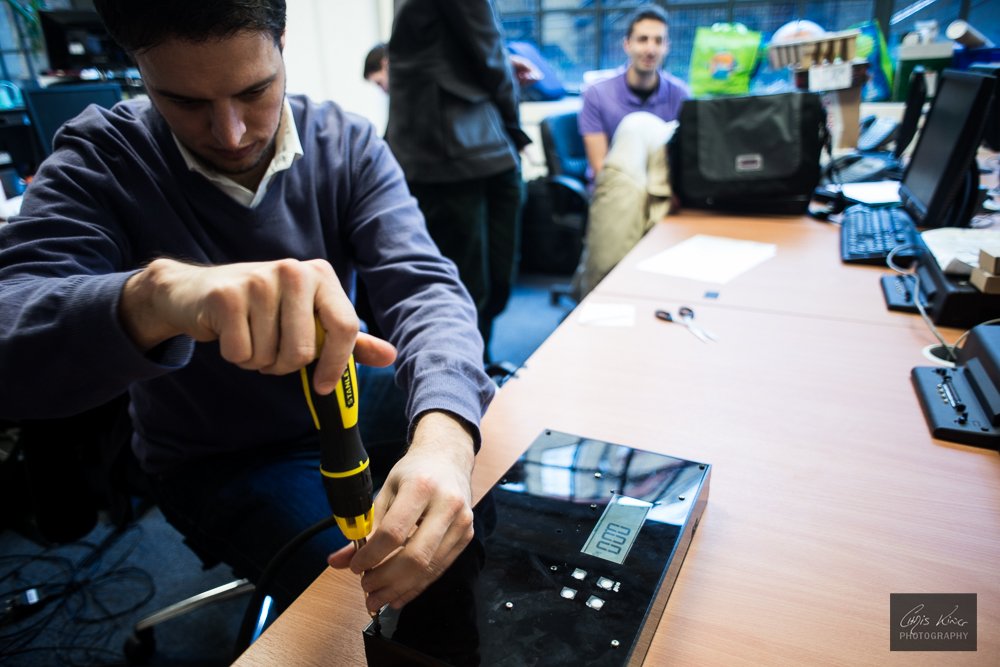 Visit the Winnow Solutions website to find out more about the technology they’ve developed.